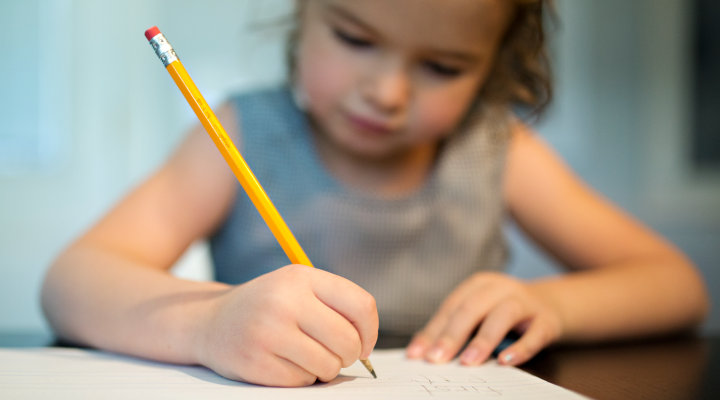 In addition to nail biting, smoking or constantly tapping your foot, pencil chewing is a common nervous habit among both children and adults. And, just like those other nervous habits, chewing pencils can have serious repercussions on your oral health, as well as your image.

While chewing pencils daily may not compromise your health or your image as much as, say, smoking would, it has negative effects that should not be ignored. Oral fixations like this generally develop when there is a “hyposensitivity” of the mouth. In children, “hyposensitivity” can include liking extremely spicy or sour food flavors, enjoying biting an electric toothbrush or chewing pencils and toys.

If the habit is never acknowledged and the hyposensitivity isn’t addressed, that child can grow into an adult that still practices the same behavior. By continuing to chew pencils to alleviate hyposensitivity, they’re putting themselves at risk for serious stress fractures, chips and cracks in their teeth. Because teeth aren’t meant to chew on hard objects like pencils and pens, continued joint irritation and damage are another effect of chewing pencils.

If the individual chewing pencils has existing dental work like fillings, implants or veneers, the damage can go even further.

When putting these everyday objects like pencils in their mouths, individuals with hyposensitivity are also unnecessarily exposing themselves to nasty pathogens including cold viruses.

Did you know that, according to a study conducted by PhD and professor of microbiology at University of Arizona in Tucson Charles Gerba, a pencil and pencil sharpener carry more bacteria like E. coli and staphylococcus than a toilet seat? Ew.

If you or your child is a chronic pencil chewer, be sure to inform your dentist so they can examine for any existing damage. If you need to find a dentist near you, we encourage you to use our handy tool or download the Delta Dental mobile app. Hypnosis, therapy, and other options are available for those who want to stop their habit, but it’s important to be committed to stopping the pencil chewing. You can never break a habit unless you fully commit to wanting to end it.

At Delta Dental, we believe in the power of a healthy smile. That's why it's our mission to help create more smiles and healthier people in our communities. Our mission We create healthy smiles in the community through our people, access to quality … END_OF_DOCUMENT_TOKEN_TO_BE_REPLACED